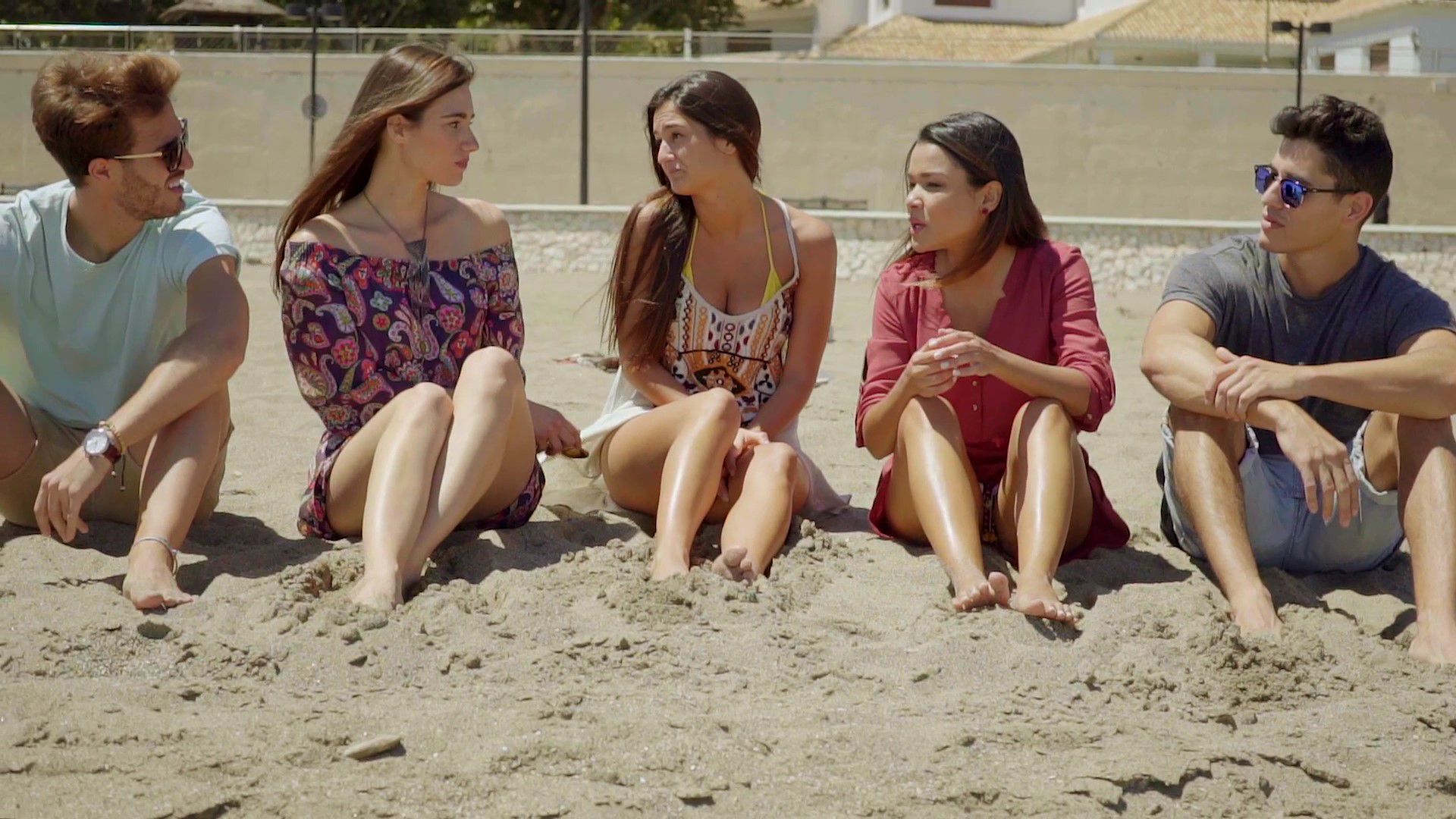 The Myth of the Ordinary Human Being

It should be easy to convince someone of their own greatness, but it’s not. Most have a strong preference for the myths they learned growing up. The worst of all is the myth of the ordinary human being.

Somewhere along the line, the idea of being ordinary was introduced to most of us. The majority accepted mediocrity as fact. That set the stage for acceptance of a wide variety of disempowering ideas.

Can you recall when you were first told the entire universe and everything in it is energy? Anyone younger than 105 should answer affirmatively, because that scientific fact has been established for their entire life. Why does it remain such an obscured fact to this day?

Meanwhile, the myth of the ordinary human being flourishes in the minds of billions.

It may be useful to note how well the myth of ordinary works for the financial interests of those who regard themselves as superior. We made room for just about anyone to claim superiority immediately upon accepting the idea of being ordinary.

It’s long past time to reject the idea of ordinary human beings. Science paints an entirely different picture that puts the power in the hands of anyone with the imagination and tenacity to use their extraordinary biotechnology.

The human body’s energy domain is comprised of 38 trillion cells: 95 times greater than the high-end estimate of stars in our Milky Way galaxy. Each cell is an energy system of its own, most of which conduct at least 100,000 chemical operations per minute.  We completely replace every single one of those cells every seven to 10 years, or about 316 billion cell replacements per year at the low end. That’s 79 percent of the stars in the Milky Way.

The chemical reactions mentioned above are another matter completely but worth noting here. It’s estimated that our 38 trillion cells conduct a collective 37 thousand-billion-billion chemical reactions per second. My calculator isn’t big enough to do the math to arrive at how many Milky Way galaxies it would take to match that number, but the chemical reactions are numerically expressed as 37 with 21 zeros after it.

Don’t worry, you won’t have to think about how to do any of it. It’s all done without a single conscious thought. That fact is amazing in its own right, but it does beg the question of why there aren’t hundreds or thousands of spontaneous body explosions among seven billion people every day.

Apparently, even the least intelligent person you know is smart enough to manage the finely tuned chemical processing plant we call a human body.

Consciousness and the brain/mind are two additional human energy domains interacting with the body/biofield domain. All of the energy domains are far more spectacular than current science comprehends, and even they admit it. (See Human Energy Domains) Let’s limit our examination to the brain/mind domain for now. That’s where the myth of the ordinary human first took hold and where it can be released.

The human brain/mind energy domain is a magnificent and mysterious organ that remains woefully underdeveloped and misunderstood. It’s superior to any computer and will likely never be exceeded by artificial means.

But the brain does share one common characteristic with a computer: garbage in, garbage out. That is, misinformation carried by billions on the planet today will always produce unreliable, erratic and error-prone results. Unlike a computer, the human brain can create new associations and connections among its 100 billion neurons and 1,000 trillion synapses based solely on the direction of the mind.

In other words, when behavior and decisions created by the brain result in unfavorable results, the mind can reprogram and rewire the brain to produce different outcomes in the future. No machine will acquire that capacity any time soon.

Mind is distinct from the brain. Mind arises from the processing activity of the brain. This complex and nuanced belief of science is hardly resolved by any measure, but let’s use it for now. The operational theory discussed in The Answer is One separates consciousness from brain/mind as a distinct energy domain.

When the mind comes to believe a thing, whether accurate or not, the brain will create neural connections and associations to incorporate that belief into future thinking processes. Repetition of the thought makes the neural connections steadily stronger and less prone to change. The saying among neurologists is, “cells that fire together, wire together.”

With enough energy applied to this neural growth and connection process, the belief or skill becomes automatic or subconscious. It no longer requires conscious thought to perform the action or thought.

The process described above is how we learn to play a piano – or come to believe an absolute myth.

Whatever self-image any person has at any moment is the result of a repeatedly reinforced thought process like the one described above. That includes the myth of being ordinary. But here’s the beautiful part: that same process can be used to change the self-image at any time.

The human being is the only species among the estimated 8.7 million on planet Earth known to be capable of redefining itself and changing its instinctual nature at will. Imagination is key to that remarkable transformation.

“Imagination is more important than knowledge,” Einstein famously said. When he first conceived relativity theory, he did so with his imagination. The revelation not only produced new math, but also opened the door to the entirely new science of quantum physics.

Imagination is a type of specialized mind energy free from the constraints of what is known or wired into the neural network of the brain. Everything made by human hands was once only a figment of imagination. Of course imagination is most important: it’s the first step to fresh neural growth and creation itself.

Creation. The human being has the inherent capacity to create out of their daydreams. How many other animals can do such a thing? How can that be considered ordinary by any measure?

Imagination is apparently not restricted to one person at a time. Simultaneous and nearly identical ideas have arisen among inventors and creative people separated by thousands of miles. The people involved had no association or awareness of the other.  Marconi and Tesla both had concepts for wireless radio transmission for example.

The phenomenon of simultaneous creative breakthroughs was attributed to the “cosmic consciousness” by psychiatrist Richard Maurice Bucke in 1901.  Carl Jung echoed Bucke’s concept as the “collective unconscious” in 1916. Whatever it’s called, the almost commonplace nature of these events deserves public scrutiny and exploration.

It is entirely possible the energy domain of individual consciousness is not dependent upon locality or is perhaps tapping into a larger energy field accessible to anyone. Multiple scientific studies are dedicated to these concepts now, but there’s nothing stopping people from exploring them the on their own.

What does this all mean?

You and every person you will ever meet has the same energy potential as Einstein. You have the same access to the human energy domains and the same creative power of imagination. The only difference among individuals is the amount of time in the practice of accessing and enhancing those powers.

Humanity is the pinnacle life form on the planet because of our capacity to change, invent and create. This capacity is unlimited and unrestricted. Growth is open to all. Full stop.

The idea of ordinary humanity is laughable on its face. We cannot and should not squander the precious and exclusive creative power invested in every person as a birthright. There are seven billion creative ultra-supercomputers walking the surface of the planet right now.

Not one of them is ordinary. There is no such thing as an ordinary human being. 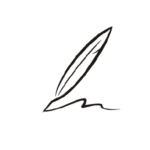 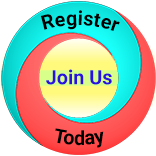 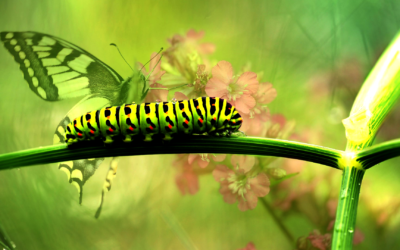 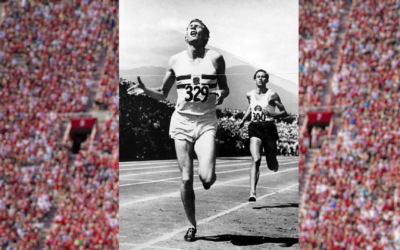 "It should be easy to convince someone of their own greatness, but it’s not. Most have a strong preference for the myths they learned growing up. The worst of all is the myth of the ordinary human being. There’s no such thing. "