Neale Donald Walsch, author of the best-selling Conversation with God book series, said there are four fundamental questions in life. Those questions are listed below, but the answers are all drawn from the energetic framework of The Answer is One. These may be regarded as the central hypotheses to be supported throughout this work.

There are two great advantages to our energy reality. The first is the capacity to modulate and control our own system on our terms. The second is the flexibility to answer the four fundamental questions below with great accuracy.

You are an energy being in complete command of a highly sophisticated biotechnology and all its energy centers and systems. The human system is self-healing and commands a robust immune system with trillions of cells capable of recognizing and reacting to new threats. Your body is so efficient, it creates more than 1 trillion antibody molecule varieties based on information from a genome with only 25,000 genes. That’s at least a 40 million-to-one ratio of efficiency. Clearly, the body has miraculous-level intelligence deserving deep respect.

Your learning potential is practically unlimited. Your cranial brain alters its structure as new information is acquired and integrated. Your mind is an emergent feature of brain activity frequently interacting with consciousness that is most likely non-local and eternal. Your body has three independent brains that share and coordinate information across the system. More energetic capabilities await discovery, understanding and full development as we learn more about the full systemic capacities of human beings.

The deliberate and coherent application of internal human energy centers outlined in this book help people shape and manifest their personal expressions of individuality with fidelity and clarity.

All of humanity is currently confined to a life-sustaining and nourishing energy system known as planet Earth, or Gaia, within the Milky Way galaxy. The galaxy contains at least 80 billion planets capable of hosting living energy systems of their own. The Milky Way is a comparatively small system among the known galactic universe that’s presently estimated at somewhere between 200 billion to two trillion galaxies. The estimate for existent planets across the cosmos is about 10 billion-trillion.

The universe seems uncommonly well balanced. Some believe it’s preferential to accommodate life across planets and galaxies. Water, for example, is quite plentiful. Moreover, the energy systems of the universe appear to be largely compatible and cooperative with life.

Why Am I Here?

Among all the species present on planet Earth, human beings may be unique among them for three reasons: 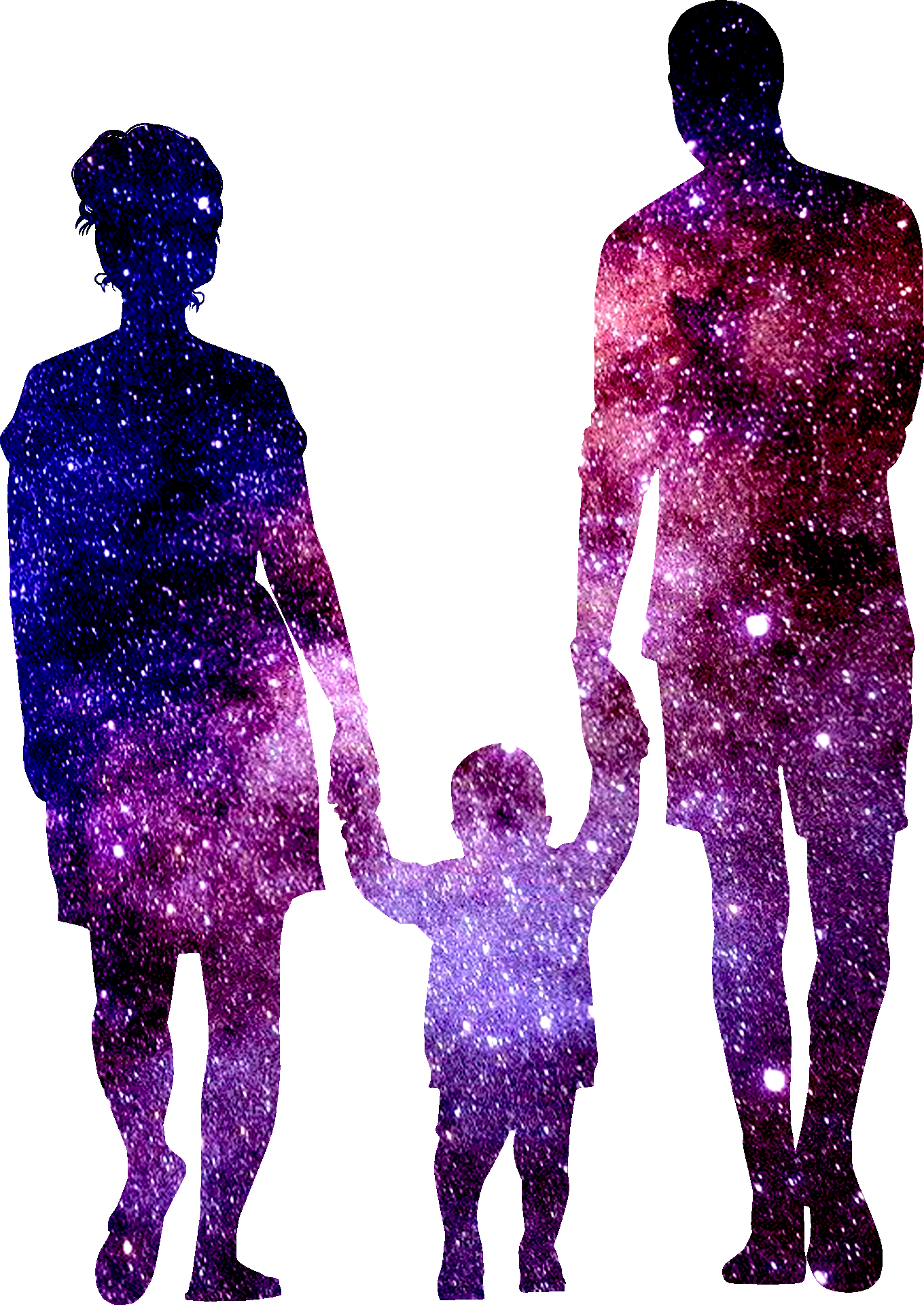 No matter who you are,

most of your atoms came from

the Big Bang 14 Billion years ago.

It stands to reason humanity’s existence in this ecosystem is best served to further enhance and develop our innate capabilities for the benefit of each other, the planet and the universe as we collaboratively evolve together. Assuming an antagonist position is most certainly untenable.

How each individual finds specific purpose in life is directly related to his or her capacity to manage internal energy systems in relationship with other human beings and the ecosystem.

We already know our personal energy systems interact with the natural energy system of Earth. We do not understand the details of how the interaction takes place or what the effects may be. Our technology is currently unable to directly detect or measure most of these interactions. However people are free to experiment and share their discoveries with others. The experience of human beings is likely to become the laboratory of 21st Century science. We are Earth’s most sophisticated and sensitive energy system. Our experiences are relevant data.

The Earth’s energy systems influence our internal energy systems also. Our technology is limited to only the crudest measure of effects on blood pressure, heart rate and blood flow in addition to some hormonal responses and brain wave activity. How those systemic interactions facilitate our experiences or lives remain a mystery, but many possibilities will be showcased here.

What Do I Do About That?

The task before humanity is to explore life as an energy being and to develop our innate energetic capacities. There are no known limits to those capacities. It’s quite possible based on existing evidence that we use less than two percent of our total powers. This is the frontier of our evolutionary process that may very well be influenced more by the state of our consciousness than by any material method.

We must find the true boundaries of our energetic being and develop our powers accordingly within the cooperative framework of nature and the universe.

The commonly held experiences of humanity have been unjustly and incorrectly dismissed for far too long. We are not victims of a harsh and cruel ecosystem; we are integral parts of a largely cooperative and sustaining ecosystem. Indeed, we are likely among the most honored and sophisticated life forms in the universe. Our sensitive and adaptive biotechnology is designed and capable of meeting and adjusting to virtually any challenge.

Human experience is valid scientific data. When studied in aggregate for common data points, human experience reveals areas for additional study that cannot and should not be dismissed due to the difficulty of further study or its incompatibility with a treasured paradigm. Quantum physics as the most successful science ever developed would never have proceeded under those restrictions.

With an energetic paradigm, many possibilities for human experience can no longer be excluded from investigation for arbitrary reasons. It can only be excluded when specifically contrary to known and proven properties of energy.

This opens the door for investigation of human consciousness that can only be described by human testimony of experiences. We routinely use human testimony in legal settings to condemn people to life-long prison sentences and even death when a demonstrated consistency among witnesses is established. Therefore, it is certainly worthwhile for scientific exploration.

If science denies human experiences and testimony as valid data, then we must discontinue its use for our justice system. These two concepts cannot co-exist under any pretense of equity.

Think of all the people whose lives and careers were ruined based on their testimony about unidentified flying objects. Decades later, those experiences were  confirmed by the government as a genuine phenomenon of national security concern. How is that just or reasonable?

Scientists have been developing methods to study consciousness since at least 1968. That’s when the experiences of people who died in clinical settings were brought back to life long after the brain and heart completely stopped functioning. Those experiences reflect data that are largely consistent and remarkably widespread across the globe. Scientists trained and loyal to the materialist paradigm are direct witnesses to much of it.

Therefore, based upon the preponderance of the evidence, the following hypothesis is made with confidence that further study will prove it largely correct:

Human consciousness is a multi-dimensional energetic phenomenon capable of influencing the material three-dimensional world in multiple aspects. This energy interacts with the entire ecosystem and the human body, is likely non-local, and is a primary energy for all of creation. It is also partially if not entirely subject to human control and direction relative to its own natural state.

This book is both an invitation and a challenge to assume your rightful place on Earth and in the cosmos. Your experience will grow in direct proportion to your effort.

There can be no destination for an infinite journey. Happiness can and will be found as the journey unfolds before us. It takes but a single step to begin.