The Answer is One

A Guide to Your Highest Potential

(Book Mockup – Not Yet Published) 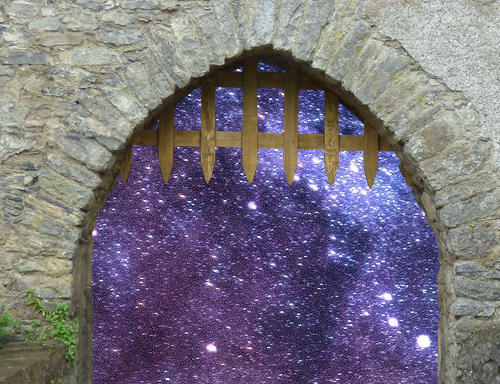 A doorway opened to the workings of the universe more than 100 years ago. It changed everything – for some people.

Most never learned the amazing truth and possibilities within Einstein’s relativity theories. It’s long past time for everyone to come to terms with the shocking and liberating science that changed our world. New discoveries continue to open a universe of potential for us all.

The mechanistic universe is gone. It never existed. The human being is not like a clock to be understood by the sum of our parts. We’re much larger and more powerful than that. Magnitudes more powerful.

We are energy beings living in an infinite energy universe with both containing the same basic properties. That’s something to celebrate and embrace.

What is an energy being capable of achieving? Indeed, are there any limits at all? We are heirs of a magnificent set of energy systems that remain far from our scientific understanding.

Isn’t it time to walk through the door of exploration to know your true nature as an energy citizen of an infinite energy universe? It’s well within your reach to gain absolute control of life and realize your full capacity. Welcome to the next frontier of human exploration. It’s within all of us.

Join Us as We Explore the New Frontier of Reality.

Energy Beings in an Energy Universe

Everything is energy. There are no exceptions. All things are made of one thing. Even empty space is loaded with energy.

That means nothing is as it appears. How are we to calibrate our navigation of life to this wonderous new universe? We’re caught in the dilemma depicted by The Parable of the Fish:

Two young fish are swimming along when they come across an older fish swimming in the opposite direction. The elder fish says, “Morning boys. Enjoying the water today?”

The younger fish nod politely and continue on their way. A few moments later, one young fish asks the other, “What the heck is water?”

It may seem impossible to be unaware of a life-sustaining force so close to you that it’s not even perceived for what it truly is, but that’s precisely humanity’s current situation.

Most of our 400-year science doesn’t apply at all to the new circumstances. But we’ve learned a lot during the last century, and the news provides incredible hope and spectacular potential for our future. This is the adventure of the 21st Century

We can, and do, live the dream we’re capable of dreaming.

Now let’s learn how to expand the dream with purpose and effect.

How non-physical information transfer found its way into science and invention.

Science and the Emergent Human

The latest science is finding curious capacities and coherence among humanity.

Life as an Energy Being

The thesis, core focus and hypotheses of The Answer is One.

The human energy domains and their properties are explained as a theoretical construct.

How humans and nature work together.

The possibilites and powers likely held by every person.

The Myth of the Ordinary Human Being

It should be easy to convince someone of their own greatness, but it’s not. Most have a strong preference for the myths they learned growing up. The worst of all is the myth of the ordinary human being.

Somewhere along the line, the idea of being ordinary was introduced to most of us. The majority accepted mediocrity as fact. That set the stage for acceptance of a wide variety of disempowering ideas.

Can you recall when you were first told the entire universe and everything in it is energy? Anyone younger than 105 should answer affirmatively, because that scientific fact has been established for their entire life. Why does it remain such an obscured fact to this day?

Meanwhile, the myth of the ordinary human being flourishes in the minds of billions.

It may be useful to note how well the myth of ordinary works for the financial interests of those who regard themselves as superior. We made room for just about anyone to claim superiority immediately upon accepting the idea of being ordinary.

It’s long past time to reject the idea of ordinary human beings. Science paints an entirely different picture that puts the power in the hands of anyone with the imagination and tenacity to use their extraordinary biotechnology.

The human body’s energy domain is comprised of 38 trillion cells: 95 times greater than the high-end estimate of stars in our Milky Way galaxy. Each cell is an energy system of its own, most of which conduct at least 100,000 chemical operations per minute.  We completely replace every single one of those cells every seven to 10 years, or about 316 billion cell replacements per year at the low end. That’s 79 percent of the stars in the Milky Way.

The chemical reactions mentioned above are another matter completely but worth noting here. It’s estimated that our 38 trillion cells conduct a collective 37 thousand-billion-billion chemical reactions per second. My calculator isn’t big enough to do the math to arrive at how many Milky Way galaxies it would take to match that number, but the chemical reactions are numerically expressed as 37 with 21 zeros after it.

Don’t worry, you won’t have to think about how to do any of it. It’s all done without a single conscious thought. That fact is amazing in its own right, but it does beg the question of why there aren’t hundreds or thousands of spontaneous body explosions among seven billion people every day.

Apparently, even the least intelligent person you know is smart enough to manage the finely tuned chemical processing plant we call a human body.

Consciousness and the brain/mind are two additional human energy domains interacting with the body/biofield domain. All of energy domains are far more spectacular than current science comprehends, and even they admit it. (See Human Energy Domains) Let’s limit our examination to the brain/mind domain for now. That’s where the myth of the ordinary human first took hold and where it can be released.

The human brain/mind energy domain is a magnificent and mysterious organ that remains woefully underdeveloped and misunderstood. It’s superior to any computer and will likely never be exceeded by artificial means.

But the brain does share one common characteristic with a computer: garbage in, garbage out. That is, misinformation carried by billions on the planet today will always produce unreliable, erratic and error-prone results. Unlike a computer, the human brain can create new associations and connections among its 100 billion neurons and 1,000 trillion synapses based solely on the direction of the mind.

In other words, when behavior and decisions created by the brain result in unfavorable results, the mind can reprogram and rewire the brain to produce different outcomes in the future. No machine will acquire that capacity any time soon.

How Does the Book Help Me?

Each day of life is an opportunity to advance knowledge and skills beyond those of the prior day. The Answer is One provides a systematic method of taking that journey with complete confidence.

First, the old notions of human beings as flawed creatures condemned to live within a restrictive “human condition” are dispensed with or updated. Your self-perception will be greatly enhanced.

Second, the so-called trouble areas such as emotions or unruly thinking are reframed as being what they truly are: untrained energy centers within our complete control.

Each Human Energy Domain is examined in detail as a natural gift and tool merely needing proper application for their best purpose.

Finally, it raises the reader’s eyes to see a new horizon of personal possibility; one so magnificent and infinite, no one yet knows how far it goes or what we are ultimately capable of achieving. 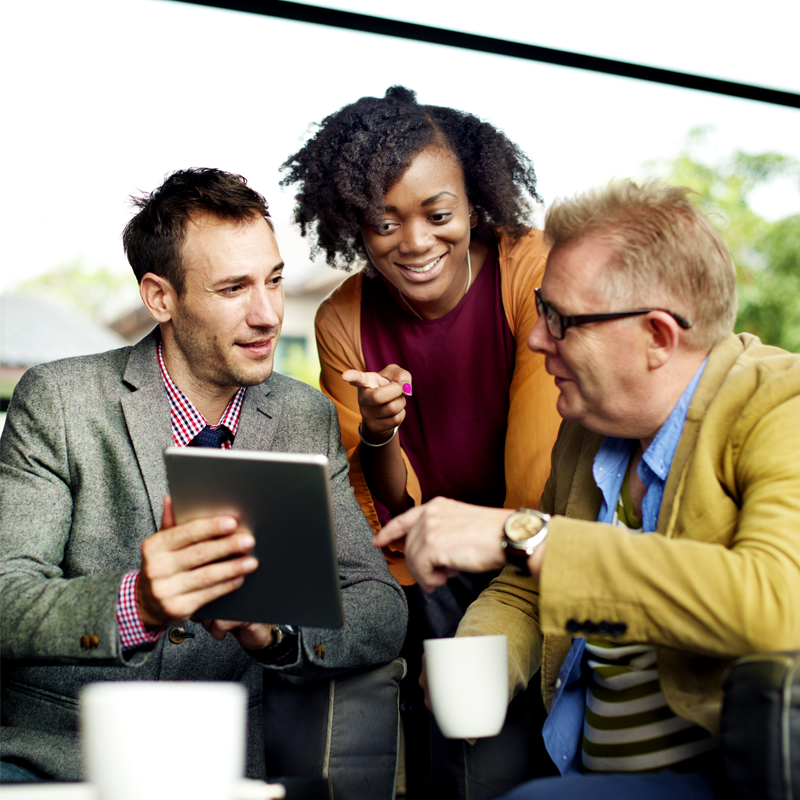 Social media can be quite unsocial and unproductive. Why not join a community that wants to see you advance your life and will offer insights about how to do it?

It’s much easier and fun to share with people who have common interests and beliefs. We’re creating a special place on the web where you can relax, learn and laugh as we explore the nature of life together.

Invite social media followers to join you here as we explore the universe together and learn from one another.

It’s what we’re supposed to do, and it’s the reason for so much diversity on our planet. It’s the fastest and most enjoyable way to learn.

Ask those you resonate with to come over and take a look.

Five metronomes are set into motion on a foam core board. All are identical for frequency and amplitude (arm swing), but they’re not in phase, i.e., they swing wildly out of step with one another.

After the foam core is lifted onto two cans, the frequency and waveform coherence is able to influence the metronomes. They slowly bring themselves into phase with one another.

The phenomenon is known as entrainment.

The key question is, “What do the cans represent?”

The short answer is consciousness.

Some have theorized this is similar to hundreds of documented “miracle cures” attributed to the placebo effect. In those cases, a patient is told a worthless sugar pill, or placebo, is a powerful medicine that will cure their malady.

The theory is that for patients whose acceptance of the false claim reaches the consciousness and is communicated across the system, the cure naturally follows by martialing the body’s intrinsic intelligence.

Note how the metronomes go out of sync when the cans are removed. Some say this is analogous to the “nocebo” effect in which a patient shows no improvement after being given a drug proven to be effective. The concept of a cure hasn’t entered consciousness.

It’s a powerful demonstration of the effect energy has on separate systems.

You’ll also want to read about the Human Energy Domains section of the site. 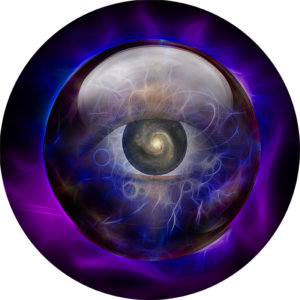 About the Insights Section

The Insights blog is where the science of the book and the power of imagination come together to create potent inspiration for creation. Humanity has the unique power among Earth lifeforms to create, and we do it by combining knowledge with energetic imagination.

Innovators and inventors across human history have resolved seemingly intractable issues by combining knowledge with imagination. From Edison to Einstein, the solutions seem to pop into the mind without explanation.

One of the necessary components is to be among similar thinkers in a relaxed and safe environment. A place where we’re comfortable to be temporarily wrong during our pursuit of an ultimate truth.

The creative power is available to everyone. We’re all too fast to set aside our own ideas as worthless. In the right environment, they can be nurtured into full fruition. That’s what the Insights blog is all about.

Here’s a chance to enter the laboratory as an investigator into your own human energy systems. Registered users can comment and log their experiences there in confidence. Together, we can help each other heal from the illusion of powerless limitation to create a future of our own design.

Ours is an infinite journey that’s best traveled together so everyone can benefit and make the most of their time. Join our community. Ask questions, and get more joy out of the trip. That’s how to live your true life.